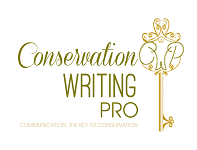 We all know that subjects and verbs should agree in number. But what happens when the subject is an indefinite pronoun, which, by definition, might not have a number? Words like “all,” “each,” “other,” and “some” are intentionally vague.

Scientific and technical writers are often instructed to add nouns to help clarify the meaning of an indefinite pronoun:

ORIGINAL:    Some were passed centuries ago.

REVISION:    Some of these regulations were passed centuries ago.

Moreover, this advice doesn’t always work. What noun could be attached to “no one”?

ORIGINAL:  No one has yet discovered the decibel level at which whale breeding behavior is interrupted.

REVISION:  No one—not a scientist, a technician, a fisherman … not even my Aunt Betty—has yet discovered the decibel level at which whale breeding behavior is interrupted.

For all the writers out there working in the real world, using indefinite pronouns the way they’re intended to be used, here’s a tool that might actually be useful. What follows is a chart of indefinite pronouns. The chart indicates whether the accompanying verb should be singular or plural. Alternatively, the noun might depend upon the nearest noun.

For example, the word “none” can be treated as either singular or plural:

CORRECT:    None of these reasons are sufficient to end the project.

ALSO CORRECT:    None of this information is suitable to print.

So use the word or phrase that makes sense AND keep your subjects and verbs grammatically aligned. It’s a win–win!
Subject-Verb Agreement with Indefinite Pronouns
Return Home